Fare Dodgers – at War with the Law

The Difference Between Penalty & Prosecution

The 4-part series on Channel 5 follows TFL inspectors as they grapple with ‘fare dodgers’. Whilst some may escape with a warning and a fine, others are passed to the Prosecution Team. This can lead to a criminal conviction. Fare Evasion Solicitor Nathan Seymour-Hyde provides his views on how the series portrays the initial stages of the process.

The TV show ‘Fare Dodgers – at War with the Law’ tells us that fare evaders cost the system £160 million per year. The episodes feature the full range of methods that commuters can use to evade fares. We are told that TFL are particularly interested in the misuse of ‘high value’ travel cards. These include Freedom Passes or monthly prepaid tickets. However, more trivial examples such as tailgating through the barriers and simply not tapping onto a bus are also shown.

It is immediately clear that the inspectors (who stop a person for fare evasion) have the power to shape what happens next. They have the option to offer a Penalty Fare of £80, which resolves the matter there and then. This very much accords with my experience as a lawyer working in this area: certain types of fare evasion will not result in a prosecution. For example, the person stopped on a bus without tapping in, the tailgater, and a person who did not tap in (or out) on the tube are all offered on the spot fines. 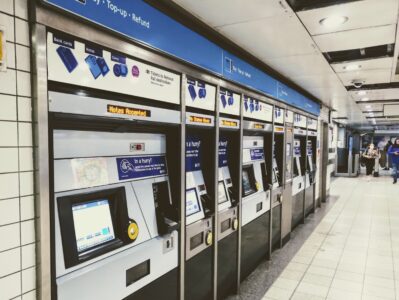 The situation unfolded differently when a commuter was stopped for using her father’s Freedom Pass. This is considered a ‘high value’ travel card and even though this commuter had only used it once, the matter was reported to the Prosecution Team rather than being considered for a Penalty Fare. The other examples where the matter was passed to the Prosecution Team all involved repeated behaviour over a period of weeks, where a commuter travelled beyond the permitted zone on their prepaid ticket or had repeatedly got fraudulent refunds on journeys. The show featured the dramatic moment as the commuter was stopped by the Investigators and immediately whisked into an interview room to be asked questions about the alleged offences. Not only were they completely blindsided by this, there was also no suggestion that they might want to consider asking for legal help before being interviewed under caution. TFL conducts its own investigations and prosecutions and for this reason they seem to bypass the safeguards the police must follow.

What were the conclusions for the people featured on the show? We were told that the person who used her father’s Freedom Pass had been ‘reported’ to the Prosecutions Team.

The show does not cover what happens next for these ‘fare dodgers’. From our experience, the individual would have received a letter in the post. This asks them to provide any comments to be ‘taken into consideration’ while TFL consider a prosecution. Unfortunately, it is very likely that the matter will proceed to court, unless proactive intervention is made.

It is at this stage, when a letter has been received, that we would recommend making formal written representations for TFL to settle out of court. Over the years, we have honed our approach in relation to this and TFL respond well to cases being presented in a particular way.

With the right preparation and presentation there is every chance that you can be spared from prosecution and receiving a criminal conviction.

For more information on our Fare Evasion defence service see our services page. If you would like advice or to instruct us on allegations made against you, please contact Nathan now.