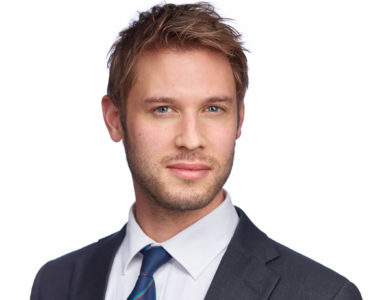 “Absolutely amazing service, I had Nathan Seymour-Hyde assist me. Very professional, willing to go the extra mile, couldn't fault. Thanks so much.”

“Nathan Seymour Hyde thank you. You dealt with my case extremely professionally. You were prepared and put me at my ease when preparing me for court. I felt reassured in the way you handled everything. I would recommend you to anyone seeking a lawyer who not just knows his stuff but is very client centric and is very good with people.”

“Nathan I would like to express my heartfelt gratitude to you for all the hard work you did on my behalf. If it weren’t for your analytical skills and knowledge, the matter wouldn’t have been settled by now. Your legal expertise and professionalism went above and beyond my expectations throughout the course of my case and I cannot thank you enough for your assistance.
You are an excellent solicitor and I really appreciate your passion, dedication and skilfulness. ”

“The solicitor Service that I received from Nathan was excellent. He acted quickly and decisively without wasting any time at all. The actions needed to be taken were perfectly simplified and explained to me and it allowed me to fully understand my role in solving my situation. Nathan was very kind and caring, having empathy for my situation which was a massive help through the whole process. His comprehensive knowledge of the situation I was in, put me at ease and made me confident that he was the right person to help me. He is an excellent solicitor and the service that I have received from the company was second to none.”

“I can honestly say Nathan did everything he said he was going to do, he was available, he responded to emails and sent the correspondence on our behalf in a timely manner. I was absolutely blown away when I had a phone call and a follow up email from Nathan (4 working days after I had first spoken to him) advising of a satisfactory solution and outcome for all parties.
I cannot tell you how grateful both myself and my son are and I would have absolutely no hesitation recommending Nathan to anyone, absolutely outstanding. ”

“Nathan approached the case very professionally and covered every possible angle of it to ensure a positive result with no criminal conviction. He was amazing from beginning to end and would most definitely recommend him to anyone who found themselves in the position I did.”

“From the first second I felt like Nathan had experience with cases like mine. He was very professional, he had great questions and ideas. I am grateful for Nathan and I highly recommend him.”

“Nathan Seymour-Hyde was an amazing solicitor and person to speak with. He promptly responded to emails and WhatsApp messages. However, what was even greater was his amazing advice. He explained each issue with clarity and cohesion and was extremely understanding and considerate of the nuances. He went beyond the time frame of the consultation and did not rush or make me feel pressured at any point. He deals with the matter fast and we have got an amazing result. He is everything you want in a solicitor. I would highly recommend his service and this firm. ”

Nathan is Solicitor within our Private Crime team. He joined Reeds in 2017, having previously worked for a busy London based criminal defence firm.

Nathan has represented clients at both the police station and Magistrates’ court for some of the most serious criminal offences, including murder, drugs conspiracies and sexual offences.

He prides himself on being approachable and client-focused, understanding that facing criminal charges can be an extremely stressful and challenging experience.

Nathan has built an excellent track record as a capable trial lawyer in the Magistrates’ Court. He also regularly instructs some of the leading barristers in the country to advise on cases or represent clients in court.

He is often instructed to takeover conduct of cases, which are still at an early stage at the police station, before charge. By taking a proactive approach, Nathan has been able to achieve some exceptional results. This will often involve analysing defence evidence and providing written representations to the officer in the case, seeking to have the charges dropped.

Nathan’s outstanding written work means that a large part of his practice involves making written representations to achieve a particular outcome on behalf of a client. For example, he regularly appeals to the DBS to have information removed, which has been unfairly included within a certificate.

Nathan has also built a notable niche practice in seeking to settle fare evasion cases out of court. By taking a highly tailored approach to each case and perfecting the legal arguments, Nathan has been able to settle countless cases. On many occasions this has saved his clients their jobs or future career ambitions.

In accordance with the Solicitors’ Regulatory Transparency Rules for motoring offences we confirm that Nathan Seymour-Hyde charges Level A hourly rates.

R v J – successful appeal against an 18 month custodial sentence. The Defendant was released on bail within weeks and the sentenced was quashed in favour of a community based order.

R v H – successfully submitted written representations to the CPS to takeover and discontinue a private prosecution in connection with a neighbour dispute.