For any company facing criminal proceedings, especially those involving financial fraud and bribery, it is important to understand the legal options available to mitigate the potential damage.  One such route is to pursue a deferred prosecution agreement (DPA).  Here we outline the purpose of a deferred prosecution agreement, how a company can maximise its chances of entering into such an arrangement and the benefits of doing so.

What is a deferred prosecution agreement?

At its core, a deferred prosecution agreement is an arrangement between a company and a criminal prosecutor (Director of Public Prosecutions or Director of the Serious Fraud Office), which enables the cessation of legal proceedings in return for full co-operation and the fulfilling of a range of conditions.  DPAs commonly involve some form of financial compensation or penalty.

It is important to recognise that the use of DPAs is entirely discretionary; as such, a prosecutor may invite a company to enter into negotiations which may lead to a DPA, as a direct alternative to criminal prosecution.  It is also possible for a prosecutor to be approached with a view to entering into a DPA.

Serco reach a DPA with the Serious Fraud Office

In July 2019, outsourcing giant, Serco, was ordered to pay £23m in fines following a six-year Serious Fraud Office investigation into accounting irregularities relating to an MoJ electronic tagging project.  In this case, the SFO investigation discovered that Serco had committed offences of fraud and false accounting between 2010 and 2013; specifically of understating profits.

Due to their cooperation with the Serious Fraud Office (SFO), Serco was able to enter into a DPA (with the SFO), which in turn, brought criminal proceedings to a halt.

What is the basis for agreeing to a DPA?

In order for a DPA to be considered, the prosecutor must apply a two-stage test, namely that there is sufficient evidence and it is in the public interest.

To pass this stage, as per the ‘full code test’, the prosecutor must show that the evidence gathered is reliable, credible, and sufficient.  If this cannot be met, it will be necessary to show there is a reasonable suspicion based on admissible evidence that the company has committed a criminal offence, and that further investigation may lead to further evidence which has a strong chance of meeting the conditions of the full code test.

At this stage, the prosecutor must determine if the public would be best served by entering into a DPA, as opposed to pursuing criminal prosecution.  To make this assessment, the case must be capable of being brought to a conclusion in a reasonable time period based on the size of the case, the circumstances, and complexity.

Increasing the chances of being considered for a DPA

While it is at the discretion of the prosecutor to invite a company to enter into a DPA, subject to the tests above, it is often the response of the company which will determine if one is offered or available.  Indeed, even if a company self-reports their wrongdoing early, they must genuinely and openly cooperate with prosecutors.  This means that the prosecution must in no way be hampered in their efforts to investigate matters and should be provided unfettered access to the information required.

Any company being considered for a DPA must also demonstrate a real intention to reform.  Depending on the nature of the wrongdoing, this may necessitate the removal of key staff members from their positions and the implementation of new systems, processes and procedures – and potentially allow these to be audited for compliance by a mutually agreed external entity on a regular basis.

It is essential for any company wishing to be considered for a DPA to go out of its way to proactively demonstrate and communicate that every effort has been made to co-operate and reform.  This should not be left to chance.  Any suspicion that a company is paying mere ‘lip service’ to the open and honest intention to work with prosecutors and intention to make wholesale changes, whether cultural, ethical, and operational, to avoid any recurrence, will jeaporise the chance of a DPA being offered.

In the case of Serco’s DPA, which was the fifth such agreement to be reached in the UK, Mr Justice William Davis said that Serco had demonstrated an appropriate “willingness to learn lessons via real, substantial and continuing remedial measures”.

DPAs afford considerable advantages to companies facing criminal prosecution.  Not only can criminal prosecution damage reputations (potentially leading to a PR disaster), they may also prevent them from entering into bids for public sector contracts.  It may, depending on the case, also lead to a financial sanction being imposed which would be less than would have been so had criminal proceedings continued. DPAs do come with a cost though. By entering into a DPA, a company may be required to fulfil potentially onerous and deep-seated organisational changes, with which it must then continue to demonstrate compliance.

If your firm is being invited to enter into a DPA, or you think one should be sought, it is essential to seek the advice of a Solicitor specialising in corporate crime.  If based on expert legal advice, seeking a DPA is in the company’s best interests, your Solicitor will then assist in making the necessary preparations and then approach to the prosecutor.

We will keep you updated on future significant cases involving deferred prosecution agreements as they occur.  In the meantime, if you have any questions about corporate crime and DPAs, please contact Julian Richards at info@reeds.co.uk.

Julian Richards is a Senior Solicitor and Partner. 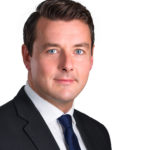