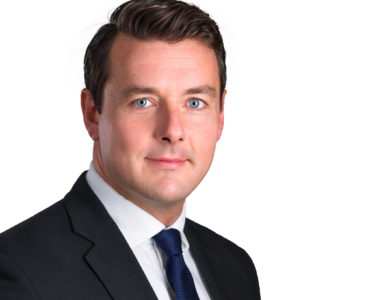 “Julian Richards is one of the smartest men I know, his strategy when dealing with complex legal cases is impeccable and produces results that are in my opinion unrivalled.”

Julian is a Solicitor and Partner of the firm, based at our Oxford office.

He is recognised nationally as a specialist in serious and complex crime. His reputation is such that he is regularly instructed in cases of this nature throughout the country. He, alongside his colleague, Stuart Matthews, is ranked by the Legal 500 as being one of a handful of leading individuals specialising in crime in the South East.

He has a wealth of experience in dealing with murder, large scale drugs conspiracies and serious sexual offending.

In recent times, in particular, he has been instructed in numerous large scale drugs, money laundering and firearms conspiracies, including in numerous cases involving “EncroChat” where he is working with leading Counsel to challenge the admissibility of evidence obtained as a result of law enforcement agencies seeking to rely upon this material.

Julian’s practice also revolves around white collar crime and the defence of directors and business professionals facing prosecution by HMRC, the SFO and the FCA, where his ability to identify the relevant issues in these technical and complicated cases, is invaluable. He regularly defends clients who have been prosecuted for multi-million pound frauds and is currently instructed in a multi-jurisdictional “Ponzi scheme” fraud to the value of £80 million, a tax planning fraud to the value of £132 million, a diversion fraud to the value of £37.5 million and an international money laundering ring to the value of £25 million.

Julian is commercially astute having previously worked for a leading multi-national corporate law firm based in the City of London. His focused and shrewd tactical approach means that he is frequently engaged by corporate clients to provide them with advice in respect of a wide range of issues; from allegations of large scale trademark infringement investigated by PIPCU and offences under the General Product Safety Regulations 2005, to offences investigated by the Medicines and Healthcare Products Regulatory Agency.

In accordance with the Solicitors’ Regulatory Transparency Rules for motoring offences we confirm that Julian Richards charges Level A hourly rates.

R v S & Others – prosecution before Southwark Crown Court for bribery act offences in the motor sports industry. Both the individual and the Company of which he was the Managing Director were acquitted of all charges after 18 months of Court proceedings and a 5 year investigation prior to that. This marked the first ever acquittal of a corporate defendant for a section 7 offence.

R v P & Another – £17.5 million fraud in respect of the illegal importation of cigarettes.

R v J – successful defence to murder of a mother accused of repeatedly stabbing her son. Plea to manslaughter on the basis of diminished responsibility.

R v S – successful defence to murder of a young man accused of attacking a cyclist and kicking him to the head causing his death. Convicted of manslaughter.

R v W & Others – represented a defendant accused of being part of group that shot a man at point blank range at his home address with a sawn off shotgun. This was a “contract hit” commissioned by a wealthy businessman and involved months of planning. Miraculously, despite suffering life threatening injuries, the man survived. The defendant was prosecuted for conspiracy to murder.

R v H & Others– Asian sex gang case tried before the Old Bailey in which Julian represented the only defendant in proceedings who was acquitted of all charges.

R v B & Another – former private school teacher accused of historical sex offences against a pupil. Acquitted of indecent assault.

R v W – defendant pleaded guilty to possessing almost 200,000 indecent images, including those in the most serious category, and distributing a large number of images. The accused was a 67 year old who Julian recognised had traits of Autistic Spectrum Disorder. This had previously been undiagnosed. Further investigation resulted in a formal diagnosis which led to substantial mitigation being available. The defendant received a community order despite the sentencing guidelines suggesting a starting point of 3 years’ imprisonment.

R v MI - Asian sex gang case where Julian represented a defendant charged with conspiracy to rape and conspiracy to commit indecent assault. Proceedings were concluded after a successful application to dismiss was made in respect of both charges.

R v U & Others – national conspiracy to supply cocaine of importation level purity. Julian represented the alleged ring leader, together with the only defendant of the 17 in this case to receive a non-custodial sentence.

R v S & Others – large scale conspiracy heard before Liverpool Crown Court involving 13 defendants. The case involved the supply of high quantities of heroin and cocaine and the production of TFMPP on an industrial scale. Julian’s client was acquitted of all charges.

R v W & Others – 8 defendants prosecuted before Carlisle Crown Court for conspiring to supply cannabis in the largest cannabis factory ever found in the UK. Julian’s client was the only defendant who did not receive an immediate custodial sentence.

Syed v DPP [2010] EWHC 81 (Admin) – a successful appeal by way of case in which the High Court quashed a decision made by the Magistrates about the scope of the powers of the police to enter premises without a warrant under s.17 PACE 1984. It is cited in many legal texts as one of the leading authorities on the limits of police powers to enter premises without a warrant.

R v C – Julian defended a school caretaker who conducted a letter bombing campaign against various agencies with links to the government, including the DVLA, Forensic Science Service and Capita, as a protest against the “surveillance society”.

R v Jonigk – Julian defended a female accused of harassing the director of a company that offered cut price cosmetic surgery abroad after her procedure was “botched”. The defendant argued that she simply sought to expose the business practices of the company as being unethical. Substantial investigations were conducted to demonstrate that this was so and statements were obtained from doctors in the UK and USA, an investigative journalist and two owners of medical review websites. Julian cross-examined the complainant for two days. The defendant was acquitted at trial in a case which attracted national media attention.

R v J & Others – a modern slavery prosecution in which Julian represented the only defendant in proceedings who did not receive an immediate custodial sentence.

R v B – Julian represented a defendant who was prosecuted for 5 offences, including 2 offences of assault, for his behaviour on the London underground. There was seemingly no explanation for what was on the face of it prolonged disruptive and appalling behaviour. The man was of previous exemplary character. Genetic testing undertaken as part of the investigation led to the identification that the defendant carried a gene for Huntingdon’s disease. This had previously been undiagnosed. Medical evidence was obtained which confirmed that the defendant suffered an epileptic episode which led to the defence of insanity being advanced successfully at trial. The defendant was acquitted of all charges.