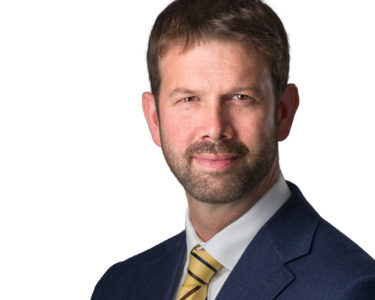 “Stuart Matthews is a firm client favourite. His ability to listen and understand leaves clients in no doubt that he is on their side and fighting their corner. He has a particular strength in digging out details for a defence and doggedly pursuing them, to great effect”

“Stuart Matthews is a class act who radiates calm confidence and has an ability to put people at ease, command respect, and get the job done without unnecessary fuss.”

“We would just like to thank you for your support during our ordeal. It meant a lot to us that we had someone to support us who was honest, reliable and really helpful to us in our time of great need. You answered our silly questions without batting an eyelid and reassured us along the way. We feel that you did more than your ‘job’. Thank you so much.”

“You handled my case professionally and respectfully; your advice was clear and pragmatic; and your manner was calm and reassuring throughout, whilst still setting clear expectations about all the possible outcomes of the case.

Whilst preparing the case before the hearing you were thorough, prompt and efficient. You took the time to understand all the aspects of my case and asked perceptive, probing questions. You were extremely clear about what actions needed to be completed by when, and always explained the context behind why they were needed. I particularly appreciated your communication style: you always responded quickly; explained things in a really clear way using plain, clear language. On the day of the hearing you represented me superbly. You were agile, adaptable and pragmatic, and your advice was excellent throughout.

The thing that I appreciated most of all though was your friendly, supportive manner throughout the process. Being summoned to appear in court is an upsetting and stressful experience, and the court itself is an intimidating place. You really felt like an ally during this difficult time.”

“Stuart goes above and beyond and is extremely thorough, with a determination to see justice done. He has a down to earth nature which makes him very approachable. We couldn't have been happier with our choice of solicitor.”

“It is rare to find the balance between friendly and professional; Stuart was excellent.”

Stuart is a Senior Solicitor and Founding Partner of the firm. A highly accomplished solicitor, Stuart has a comprehensive background in a complex crime. Stuart has amassed a wealth of experience during the course of his practice, and now primarily accepts instructions from our private clients.

With a national presence, he regularly represents clients in the Police Station, Magistrates Court, Crown Court and Court of Appeal.

Clients consistently return to Stuart because of his obsessive commitment to his clients’ case. He applies exceptional care and skill to every case, whether it be a complex crime or minor road traffic case. He always ensuring clients are kept fully informed and takes care to regularly appraise them of their options, and the procedures involved throughout.

Stuart has been instructed in many high profile cases. He is consistently retained by those accused of being part of “Asian sex gangs” and by members of the travelling community facing charges of slavery, servitude and forced labour. He regularly deals with cases of the utmost gravity, including murder, rape, drug conspiracies and firearms offences. As such he is often the solicitor of choice for those involved in serious criminal matters.

He also represents those accused of road traffic offences and has an unblemished record in arguing exceptional hardship, ensuring that those at risk of losing their licence under the totting up regulations are able to continue driving despite acquiring 12 or more penalty points.

In accordance with the Solicitors’ Regulatory Transparency Rules for motoring offences we confirm that Stuart Matthews charges Level A hourly rates.

R v Joyce – Instructed as litigator and sat as Junior Counsel to Elizabeth Marsh QC in allegations of slavery and forced labour.