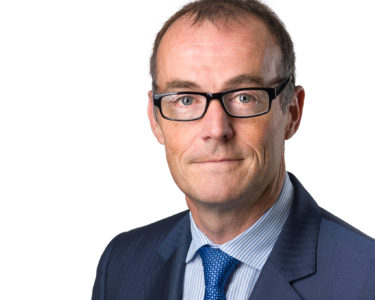 “Stephen Clifford leads by example. He is the kind of well briefed lawyer, with real attention to detail, that you would want representing you if you were ever unfortunate enough to be arrested. He cares about the quality of service levels delivered by the firm to clients and the Courts and that shows throughout the entire firm – whether his fellow solicitors or paralegals.”

“Stephen Clifford runs the Bristol office in a very efficient way. He is supported by a quality team of solicitors and clerks who collectively provide a quality service”

“I just wanted to thank you for all your help. Yesterday in court went better than I could have possibly hoped for so I am very happy with the result.”

“I know a short note doesn’t really represent the actions of today, but I just wanted to say “THANK YOU” I know I have been very needy in terms of anxiety and I really do appreciate the time you have taken with me and of course the end result.”

“Can I just take this opportunity to thank you personally for dealing with my case so well. I really don't know quite where I would of been without your help & guidance. It was a pleasure to have you represent me & a delight to secure the result that you achieved, so thank you once again Stephen”

Stephen is a solicitor-advocate and a Partner of the firm.  Although a highly accomplished duty solicitor with over 20 years’ experience expertly defending clients at the Magistrates Court, Stephen also offers his clients a truly seamless service through his ability to represent them in cases before the Crown Court, where his clients benefit from his undoubted talent for advocacy.

As a previous member of the Law Society’s Mental Health Panel, Stephen truly appreciates the value of listening to his clients, and appreciating and understanding their needs.  With a true commitment to ensuring quality service and the best possible chance of success, he is able to put himself their shoes; taking time to carefully explain the nature of the case and the strength of the evidence in a way they can understand.

Stephen has built a reputation for applying a methodical approach to all his cases, enabling him to identify the real issues and to understand even the smallest detail, meaning that those who instruct him can be assured of honest and genuinely informed advice.  His reputation is such that it has seen him instructed to advise a national Road Traffic Act insurer in relation to Road Traffic Act offences, as well as being retained to provide advice to their insured drivers.

In accordance with the Solicitors’ Regulatory Transparency Rules for motoring offences we confirm that Stephen Clifford charges Level A hourly rates.

Kennet District Council v Young – Road Traffic case determining the location of the offence where a defendant fails to provide details as to the identity of the driver.

R v W and others – represented the Managing Director of a company acquitted following trial of infringing the trademarks of Sun, IBM and Compaq to a value in excess of £30m, in the resale of computer chips.

R v GL, LL and NPS Ltd– a prosecution under the POCA 2003 where the MD of a company used his company to receive and transfer millions in funds from virtual casino’s in the United States under licences from the Kahnawake Gaming Commission, the proceeds of which came from illegal gambling activities. There was never a prosecution in Canada against the owners and one of the issues was whether the activity constituted a criminal offence abroad.

Involved in the defence of a large scale investigation by the Gambling Commission and the West Midlands police into the match fixing of snooker matches which resulted in no charges.