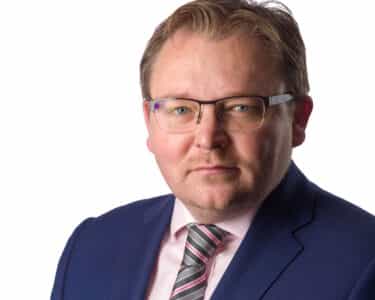 “Mark Abbott is excellent. His client care is superb and his commitment to criminal legal aid work is commendable. He is always available and he is very proactive in work that needs to be attended to”

“Mark Abbott provides a highly personalised service to his clients, and he has an absolutely tireless work ethic. ”

Mark is a Solicitor and Crown Court litigator at Reeds. He is also an accredited and experienced Court and Police Station duty solicitor, and joined the firm in 2016 from Blaser Mills LLP where he was a Partner and Head of the Crime Department.

In recent years, Mark has been instructed by both professional and lay-clients in London and across the country as a result of his substantial expertise and reputation for representing those charged with some of the most serious, high profile and complex cases.  Mark was individually selected to represent a number of those arrested under Operation Elveden and Operation Weeting, including a News International Editor charged in connection with Operation Elveden. He represented the Defendant in the country’s first double-jeopardy re-trial for murder, and has also represented suspects accused of terrorism offences.

He is frequently sought out to advise individuals seeking to appeal convictions arising from cases in the Crown Court, predominantly for murder, and his current cases in that regard include those convicted of some of the most notorious murder cases in the country.

Mark has extensive experience and notable success in representing clients accused of serious offences such as murder, firearms, drugs and money laundering offences; and has built up an enviable reputation in defending those involved in gang related crimes, with great success.  Despite the severity and complexity of the cases Mark deals with, he is always approachable and always makes himself available. Such is his nature that he is equally at ease representing clients in cases of a sensitive nature, including historical sexual allegations against senior school staff and members of the public. Mark takes pride in providing a “platinum service” to his clients, and consistently delivers advice to them in a clear and concise manner.

Mark is competent at conversing with clients in German.

In accordance with the Solicitors’ Regulatory Transparency Rules for motoring offences we confirm that Mark Abbott charges Level A hourly rates.

R v A & others (Operation Aqua) – Exeter CC
A was 1 of 8 charged with conspiracy to cause explosions, armed robbery & conspire to commit burglary. A was part of an Organised Crime Group from Liverpool who targeted ATMs and cash in transit deliveries.

R v O & 0thers (Operation Ledger) – Maidstone CC –
O was 1 of 18 charged with conspiracy to import and supply class A controlled drugs. The investigation concentrated on North Kent Gangs & the ‘scouse network’ in Kent and beyond. In excess of 170,000 of material was eventually served by the Crown.

R v D and others (Operation San Diego) – Teesside CC
D was 1 of 10 charged with conspiracy to defraud. D was a principal defendant in stolen cheques being laundered through various bank accounts.

R v D & others (Operation Elveden) – Kingston Crown Court.
D was the former Managing Editor of the Sun Newspaper responsible for the paper’s £63M budget. He was accused of knowingly authorising payments to public officials. Acquitted.

R v M & another (Operation Elveden) – Central Criminal Court
M was a leading journalist employed by the Daily Mirror, The News of the World & then the Sun. He was accused of knowingly making payments to a prison officer at HMP Belmarsh. The CPS eventually offered no evidence.

R v W (the country’s first double jeopardy re-trial for murder) – Reading Crown Court
M was acquitted of murder in 1995 but his acquittal was quashed by the Court of Appeal in 2009 following the change in the law relating to double jeopardy after the discovery of “new and compelling” evidence. M was the first person in the UK to be re-tried under the new double jeopardy provisions.

R v Y & others (Operation Sabaton) – Oxford Crown Court
Y was 1 of 7 defendants accused of historical sexual offences against a child. The case was linked to Operation Bullfinch. Despite being named and positively identified by the complainant, Y was 1 of 2 defendants acquitted of all charges.

R v S & others (Operation Dismantle) – Harrow Crown Court
S was 1 of 4 charged with conspiracy to steal and part of an Organised Crime Group involved in the theft of numerous high value motor vehicles from Hertfordshire and North London.

R v L & others – Kingston Crown Court
L was 1 of 5 charged with conspiracy to supply 12 kgs of cocaine and possession of cannabis with intent to supply.

R v I & 18 others (Operation Klister) – St Albans Crown Court
I was 1 of 19 charged with conspiracy to defraud in a £1.2 million ‘crash for cash’ conspiracy spanning a 2 year period and involved over 50 staged traffic collisions . I’s defence included duress and Stockholm’s Syndrome.

R v E & 22 others (Operation Evolution) – Leicester Crown Court
E was 1 of 23 charged with conspiracy to commit violent disorder and attempted murder following 3 separate altercations on the same date in central Leicester. Although E was convicted at trial, his conviction was successfully quashed on appeal to the Court of Appeal.

R v K & others (Operation Kewick) – Harrow Crown Court
K was 1 of 6 charged with conspiracy to supply significant quantities of class A controlled drugs with regional distribution through vehicles with custom made concealed compartments in vehicles.

R v R & another (Operation Achfary) – Central Criminal Court
R was 1 of 2 charged with attempted murder & possession of a firearm with intent to endanger life. This was an Operation Trident led investigation into the attempted execution of R’s brother. The case against R concluded following a successful application to dismiss.

O was charged with s.18 GBH on a fellow inmate whilst a serving prisoner. O already had 2 separate previous convictions for s.18 GBH and on conviction for this matter faced the risk of a life sentence being imposed.
Following successful negotiations with the CPS a guilty plea to ABH was accepted on the day of trial and O was sentenced to a 10 month custodial sentence, to run concurrent to the sentence he was already serving.

R v S - Isleworth Crown Court
S was charged with offences of rape, incest and indecent assault. The allegations were historical and the case complicated by the fact the complainant had made a number of earlier allegations of rape against other family members, some of which were proven to be true.
Following a 6 day trial at Isleworth Crown Court S was acquitted of all matters in less than an hour.

R v W - Inner London Crown Court
W faced a re-trial in respect of 3 counts of indecent assault against 2 female family members. W had already been acquitted of multiple counts of rape and indecent assault against the same complainants at his original trial.
At the conclusion of the 7 day re-trial at Inner London Crown Court W was acquitted of all remaining allegations.