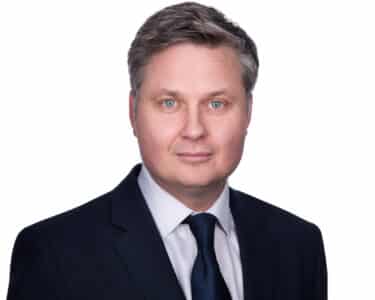 Jon Wilkins is a Partner at Reeds Solicitors specialising in Private & Serious Crime, Fraud and Motoring Law. He is also the founder of the #1 Motoring Solicitors brand, defending clients accused of motoring offences. Jon Wilkins has extensive experience in defending criminal cases with over two decades specialism in criminal law.

He offers a bespoke service to HNWs, Company Directors, Professionals, Sportspeople and anyone to whom the defence of any criminal offence could have a life changing impact. Jon’s early involvement in a case can help prevent a prosecution and stop court proceedings.

Jon has appeared upon national TV, Radio and is often quoted in the national press and media – he is regularly called upon by the national media to provide expert comment and opinion upon celebrity criminal and motoring cases.

A Solicitor Advocate with Higher Rights in the Crown Court, Jon is recognised as a Grade A Solicitor by the LAA for the purposes of Very High Cost Cases.  Earlier in his legal career, Jon Wilkins was a founding Partner of Grech Gooden Solicitors. The Legal 500 comments:

“The Partnership rises in the ranking, largely on the strength of the excellent reputation which Jon Wilkins has built up over recent years. He specialises in fraud and private crime cases, and continues to act in serious criminal matters.”

With a retained Queen’s Counsel and crisis management team on speed dial, Jon Wilkins is renowned for his professionalism and tactual acumen when defending his valued clients in criminal proceedings. His national reputation guarantees unrivalled access to the best criminal defence QCs, Barristers, Forensic Accountants, Medical experts in the UK.

Regina v M : Conspiracy to Supply Drugs and launder money from London to the South-West by an infamous OCG. Prosecuted by the Regional Organised Crime Unit. Bristol Crown Court.

A Group of Companies with a £2 Billion global turnover from Prosecution by a specialist department of The HSE.

Regina v J : Conspiracy to Pervert the Course of Justice. The UK’s largest case of alleged police corruption which spanned 3 decades and involved consideration of over 1 Million pages of prosecution evidence.

Various Companies, Company Directors and High Net Worth clients accused of and charged with criminal offences resulting in an investigation and prosecution.

Fellow legal professionals accused of and charged with both criminal and motoring allegations.