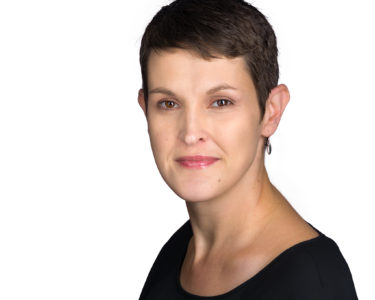 Emma Ćojder is a Clerk/Caseworker within our Complex Crime Team.  Having joined Reeds in 2014 from Fairweather Whillis & Toghill in High Wycombe, Emma has amassed almost almost 20 years’ experience specialising exclusively in criminal law, and particularly in the defence of those charged with some of the most serious and high profile cases before the Crown Court including murder, rape, terrorism, courts martial, and multiple firearms offences.

Known not only for her extensive knowledge base, Emma has built her reputation on her efficiency and organisational skills in the meticulous case preparation that she undertakes to assist our team of in-house barristers and solicitor-advocates.  Working closely with them and with our clients, Emma is focused on ensuring best possible service; fully exploring every issue and detail in the case to guarantee that clients are able to receive the best possible tailored advice from their advocates, and in turn, enabling our advocates to present the best possible case in the courtroom.

Emma has attained her accreditation as a Police station representative, and also applies her sound knowledge and extensive skill set in advising clients under arrest.  As a fellow of the Chartered Institute of Legal Executives (CILEX), Emma’s qualifications also mean that she has the same rights of audience as a solicitor, and is able to represent clients not only at the Police station, but also by conducting advocacy at the Magistrates Court.

R v S – murder trial which resulted from the client defending himself in a home invasion robbery. Not guilty verdict.

R v V – murder trial in Swindon which involved a client with mental health difficulties who attacked two strangers in two separate incidents, fatal wounding one. Resulted in a conviction for manslaughter and a Hospital Order.

R v L – “gun factory” found on the outskirts of Reading. Was at the time one of the biggest cases of its kind, with the weapons involved having been sold to gangs across the country and then used in other high profile cases (including 8 murders). Resulted in a not guilty conviction, whilst the co-defendant was convicted and sentenced to life with a minimum term of 11 years.

R v S – murder/conspiracy to rob trial involving 5 defendants who travelled to another area to commit murder, or so said the Crown. Our defendant was the driver. He was acquitted of all charges whereas 3 co-defendants were convicted of murder and conspiracy to rob.

R v B - section 18 trial involving injuries caused to a partner during an argument. This was a complex case involving numerous medical experts and a complainant who did not support proceedings. Our client was acquitted of S18, having already pleaded guilty to ABH.