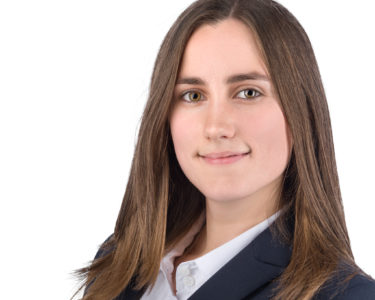 Ayelen is a barrister within the Leighton Buzzard branch of Chambers. Ayelen read Jurisprudence at St. Catherine’s College, Oxford before going on to complete her academic legal training at BPP. Ayelen joined Reeds in 2016 and since then has practised in all aspects of criminal law and appeared in a number of complex matters in both Magistrates’ and Crown Courts across the country. Ayelen is also duty qualified and police station accredited.

Notable cases include acquittals for serious assaults, supply of Class A drugs, armed robberies, dangerous driving, sexual offences, false imprisonment and threats to kill. In addition, Ayelen secured one of the first acquittals in the importation of childlike sex dolls and she was a Led Junior in a multi Complainant historical sexual offences matter. Ayelen also represents military personnel in Court Martial proceedings both in the UK and abroad; notable cases include the acquittal of soldiers accused of GBH and persuading the prosecution to dismiss a case against her client for affray.

Ayelen is a dedicated and ‘hands on’ advocate and is keen on having an input in client’s cases from the start and often from the police station. She is always well prepared and described as a very able advocate whom excels at building a genuine rapport with juries in the skilful presentation of her clients’ cases before them.

Ayelen is passionate about her clients and her personable manner allows her to be an effective advocate for vulnerable clients and clients of all ages and backgrounds. Ayelen has demonstrated a natural ability to immediately place clients at ease in the often daunting situation they are faced with and is continually sought after on this basis.

Member of the Honourable Society of the Middle Temple