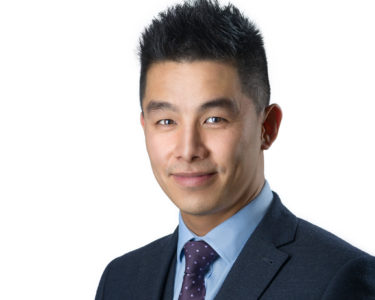 “Reeds Solicitors is a growing firm that specialises in criminal defence and prison law, and which recently launched specialist teams dealing with private actions against the police, military, corporate crime and regulatory law. It also deals with sexual offences, violent crimes, drug-related crimes and fraud. The firm is ‘exceptional in its approach to the tough world of criminal legal aid work’. Director and solicitor-advocate Stephen Clifford heads the team, he is supported by solicitor-advocate Andy Lee who provides round-the-clock representation at the police station as well as at the Magistrates Court and Crown Court. Recent cases include defending a client arrested under Operation Scottsdale and charged with conspiracy to keep and manage brothels; the client was given a non-custodial sentence. In another key matter, the practice represented a vulnerable woman charged with assisting an offender linked to murder; she was acquitted of all charges”

Andy is a solicitor-advocate at our busy Bristol office.  He is an accredited duty solicitor and as such is able to provide his clients with advice and assistance round the clock at the Police Station, as well as representing them at the Magistrates Court and beyond.  Andy routinely deals with clients facing allegations of the most serious nature at the Police Station including murder, fraud and serious sexual offences, where his approachable and empathetic nature means that he excels at helping his clients feel at ease and building a rapport with them, despite the pressurised situation they find themselves in.  He is also frequently instructed to defend those facing issues relating to serious fraud including Proceeds of Crime Act matters, where his clients value his ability to quickly identify the issues in their case and help them to understand this very complex area of law.

As a Solicitor-Advocate, he is also able to offer his clients the benefit of a truly seamless service as he has the expertise to conduct advocacy at the Crown Court.

Andy has the additional skill of being able to converse in Cantonese and has a loyal following of clients from within the Chinese community; regularly accepting instructions for cases not only within the Bristol area, but also across the UK.

In accordance with the Solicitors’ Regulatory Transparency Rules for motoring offences we confirm that Andy Lee charges Level A hourly rates.

R v C [2017] – Alleged Conspiracy to Cheat the public revenue – victims were HMRC. 3 defendants. Illegal manufacturing of counterfeit tobacco. Case dismissed following submission of no case to answer. Of the 3, our client was the only defendant to be acquitted.

R v M [2016] – 9 defendant trial lasting 8 weeks. Alleged sexual exploitation of young and vulnerable victims over a lengthy period. Case successfully defended and defendant was acquitted by the jury at the conclusion of the trial.

R v I [2014] – acquittal of defendant charged with Murder on basis of joint enterprise. Case successfully defended and dismissed following submission of no case to answer.