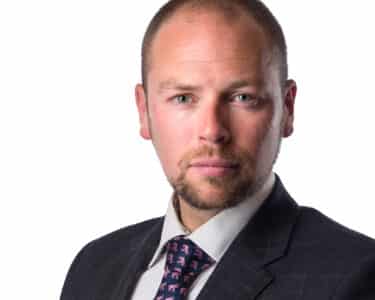 “Tom Brymer assisted me in an extremely complex and emotionally difficult situation I faced after the death of my wife. Throughout Tom consistently kept me up to date and provided strategies and advice over and above what I had experienced previously. Nothing was too much of an ask for Tom. Other firms I don’t believe look at the whole picture as Tom did. I do not use this term lightly, but Tom in my eyes is a true hero”

“Tom Brymer is amazing – life could’ve been very different for me now if he and the team hadn’t treated me with such dignity. The courts gave me the most ridiculously short lead time to prepare and Tom didn’t flinch”

“The CPS have decided to NFA the case. I am so relieved. I would like to thank you for taking the time to hear my case and being willing to help should there have been a different outcome. I am truly grateful. I do hope I do not have to come to you with another case however, I shall be sure to recommend you if ever required. ”

“Having now had chance for things to sink in more I just wanted to say that making that call to your firm was the best decision I made. Your support, guidance and counsel has been amazing and I am so grateful as without your help I’m certain things could have worked out very differently. I couldn’t have asked for more and once again thank you from all my family.”

“I just want to take a moment to thank you for helping me the last few weeks, being so patient with all of my questions and having a genuine concern for me. I really appreciate your help and time as well as the result today. Your advice was appreciated and I am more than happy I listened to you. Without having you today things could of been a lot worse and my life and future may of been at risk. Once again thank you for being amazing at your job. Whilst also being human.”

“Just thought I’d drop you a message to say thank you for doing a perfect job for me, from start to finish you were very passionate about the best outcome for myself as well as being completely understanding and realistic on what could happen.”

“Tom is a very good member of your team and his skills are outstanding! Tom is so helpful and I could not have won my trial without him. Thank you!”

“Hi Tom. I wanted to say on behalf of my family how thankful we are to you for your efforts, professionalism and how supported we felt. You were clear with your advice and honest with the situation and as difficult as it has been, we will be eternally grateful.”

Tom is a Partner based in our Reading office, who also acts as the Area Manager for Berkshire, Oxfordshire and Hampshire. He has overall responsibility for the supervision and management of our Magistrates Court teams in Reading, Oxford and Basingstoke.

Having started his career in criminal defence work in 2005, Tom built up a huge amount of experience before qualifying in 2010 and joining Reeds in 2011. He subsequently became a Partner in September 2020 in recognition of the work he had put into helping the expansion and development of Reeds.

He is now an experienced and highly competent advocate, who has dealt with a huge array of cases; not only through his work as duty solicitor, but also through recommendation and his own strong and loyal client base in Berkshire and Hampshire.  His reliability and proficiency has lead him to deal with some of the most grave and complex cases appearing before the Court; representing clients charged with murder, serious sexual offences, slavery, child neglect, GBH, possession of drugs with intent to supply and high value complicated fraud matters. He has significant expertise in overseeing Crown Court cases and recently appealed a sentence imposed resulting in an 8 year reduction.

Tom is dedicated to the provision of legal services to all of our clients no matter how minor the allegation they face, and often assists those who are vulnerable through mental health issues or addiction.  His reputation is such that he is frequently instructed by many of our private clients; always striving to attain positive results for the full range of criminal offences. Tom is renowned for his exceptional advocacy skills, achieving outstanding success at trials in the Magistrates Court, where his passion for defending his clients is most notable.

In accordance with the Solicitors’ Regulatory Transparency Rules for motoring offences we confirm that Tom Brymer charges Level A hourly rates.

Represented a Defendant arrested on suspicion of murder following a death in Reading. After 4 interviews and 3 days in the Police station, as well as an attendance at court for a warrant of further detention, he was released without charge.

Represented a Defendant arrested as a result of an appeal on Crimewatch regarding an allegation of sexual assault. Having initially been remanded in custody, he was released and ultimately acquitted at his trial in Reading Crown Court

The police applied for an application for a sexual risk order. Tom successfully argued against the imposition of an Interim Sexual Risk Order at the first hearing before the court listed a contested hearing. On that occasion the police failed to have their case ready and Tom opposed their application for an adjournment. The DJ refused to adjourn the case and the application was dismissed.