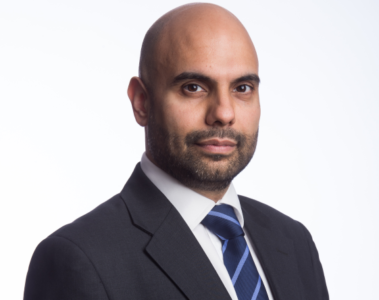 “Sundeep is a brilliant, top drawer premier league solicitor with vast experience and expertise in all areas of serious and complex crime, particularly major fraud. He has a meticulous and detailed approach to case preparation and provides excellent strategic and legal advice at all stages of a case. He has superb judgment and an instinctive ability to focus on the main issues which he combines with a highly sympathetic and detailed understanding of the needs of each individual client. He gets excellent results, is right at the top of his game and comes highly recommended.”

“I have worked with Sundeep on a number of heavy criminal cases over the years. His expertise, particularly in fraud cases, is first-class and he works extremely hard to get the best results possible for his client. He will always go the extra mile.”

“I was cast unwittingly into the chaos of criminal proceedings. Sundeep provided a calming and professional influence over my case. At every stage of the proceedings he looked after my best interests liaising with counsel and other parties to ensure my defence was presented to the best possible advantage. Sundeep made himself available at all hours, whenever I needed advice; his commitment has been total. I would recommend Sundeep to anyone who finds themselves enmeshed in the turmoil of criminal proceedings. My family are especially appreciative of Sundeep’s thoughtfulness when keeping them abreast of developments in my case, which has been successfully concluded”

Sundeep is an award-winning, former Director and Head of Fraud & Tax Defence at a national law firm where he led a team of 20 lawyers. He has over 20 years of experience defending nationally in all types of Financial Crime, Serious Crime, POCA, and Regulatory cases.

He is instructed in some of the largest complex cases in the country working with elite specialist barristers. He has also been instructed in cases that cover foreign jurisdictions and therefore has links with non-UK lawyers & experts.

Sundeep is described as providing great attention to detail from an early stage in a case and provides very good strategic insight into case planning. He is able to immediately establish the core issues of the case and provide advice that is concise and incisive. Crucially he makes time for his clients and has great empathy and patience with them.

Sundeep has extensive  experience representing corporates and individuals in all types of criminal investigations and prosecutions including: Fraud and Tax/Financial Crime, Proceeds of Crime Act- Asset Forfeiture, Serious Crime, and Regulatory.

Sundeep has been continuously recognised as a ‘Leading Individual’ in the Legal 500 UK since 2015:

In accordance with the Solicitors’ Regulatory Transparency Rules for motoring offences we confirm that Sundeep Soor charges Level A hourly rates.

For more information about the services Sundeep provides, and the cases he has worked on, see his website here.

“I was introduced to Sundeep by a civil lawyer when I was unjustly reported to the police for an incorrect Fraud accusation. As a guy who has suffered for many years with mental health issues the whole experience was very difficult to manage and control alone. I honestly believe (and so do my family) that without Sundeep in charge of my case I would not be here today to write this review. Sundeep managed to handle the case with a high level of detail and attention but without charging ridiculously high fees or overworking the case. He managed every step of the process and put me at ease at even the toughest times. He even called me personally when the case was dropped and the elation in his voice when he told me the good news was both heart warming and sincere. Quite simply Sundeep is not only the best lawyer (both civil or criminal) I have ever worked or dealt with, he is also one of the nicest and most humble of human beings I have ever met”.

Representing a former Director of a civil engineering company who is being investigated for a £2.5m fraud and bribery allegation against a large utility provider.

Bank Account Freezing Order & Forfeitures. Succeeded in the return of over £500,000 of frozen funds in the last 12 month. Clients include company directors in the UK and overseas (Burma and Russia).

Confiscation case – £250m fraud where the benefit and available amount was reduced to £40,000.

Representing a former director of a stalled property development in the North West into which foreign investment losses amounted to over £100m. No further action taken.

Represented a UK based national in contested Extradition proceedings to Sweden. Allegations related to an alleged involvement in an international pensions fraud. The fraud was investigated by the Swedish Economic Crime Authority (SECA) after allegations that a foreign asset management company defrauded (80 million Euros) 22,000 Swedish pension investors. Client acquitted.

Acquittal of landowner who was accused of using his land as a salvage yard and was in alleged breach of waste regulations.

Represented a suspect who is part of a group alleged to have laundered more than £11 million stolen using the Dridex and Dyre streams of malicious software (malware) – no further action taken.