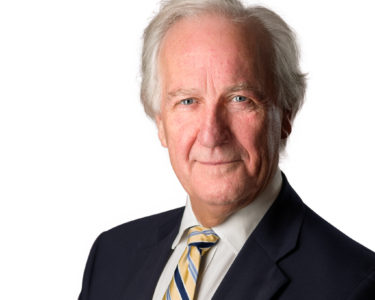 “I would certainly recommend Nick to anyone at any time. Thank you so much for your help, I am more than satisfied with the result.”

Nick is a solicitor-advocate based in the Bristol office of Chambers.  Nick spent many years within the field of criminal defence as a duty solicitor and having gained experience and demonstrated a clear talent for advocacy, he found himself as one of the first solicitors in the country to attain his Higher Rights of Audience in 1994, enabling him to appear on behalf of his clients at the Crown Court.

He is now a highly experienced advocate of over 40 years, and has defended clients before the Crown Court in serious criminal cases including multiple murder cases, and those charged with manslaughter, rape, and conspiracy to supply drugs in which he was lead.  Nick has also defended alone, those facing allegations of terrorism, arson, robbery, burglary, affray and various conspiracies.

Nick excels in presenting cases before juries.  He is hardworking and approaches all his cases methodically, ensuring every possible avenue of defence or strand of mitigation is explored.  His wide and ever loyal client base benefit from his skill in communicating with clients from all walks of life, and being able to explain even the most technical legal concepts to them in a way that they can easily understand; enabling them to make truly informed decisions about their cases.

In accordance with the Solicitors’ Regulatory Transparency Rules for motoring offences we confirm that Nick Clough charges Level A hourly rates.