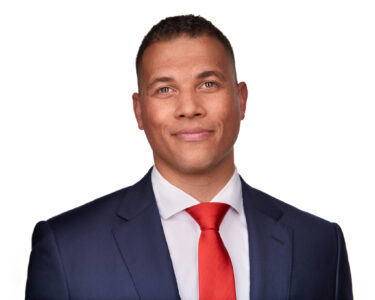 ““Not all heroes wear capes! Michael is one of the most remarkable professionals I have ever met. His guidance and sound legal advice has made an extremely difficult time easier. I would not hesitate to recommend Michael Herford. He is my guardian angel.” ”

““Stand out practitioner... [Michael Herford] is the name to note for fraud cases.” ”

“"Michael was exceptional throughout the process. He kept me informed and answered any questions I had. He was very reassuring and down to earth. I would highly recommend. Thank you."”

““Micheal is a truly amazing and extremely caring solicitor. I called him a few days ago and l was in extremely distressed state due to wor-rying about my arrest last year on an assault charge... Over a year later the police are still investigating and this not knowing what is going to happen to me has had a very negative impact on my already fragile mental health. Michael calmly explained to me in layman’s terms exactly what the process was and reassured me that he would fight for me every step of the way. Without Michael's professional-ism and kindness and non-judgemental attitude l can truly say that Michael has saved me from having another mental breakdown. l wholeheartedly recommend Michael he is truly one of a kind l don’t know what l would have done without his help.” ”

Michael Herford is a ‘stand out practitioner’ and ‘the name to note for fraud cases’ (Legal 500 2021) and ‘a truly excellent solicitor: charismatic, energetic and engaging’ (Legal 500 2020).

Michael specialises in criminal law and is dedicated to representing clients on a wide range of the most serious and complex cases, often involving multiple defendants, many of which have been reported in the national press over the years.

Due to his consistently accurate legal advice, he ensures the majority of investigations he is instructed to defend are discontinued. However, if his clients are charged, Michael will ensure the highest quality of representation where no stone is left unturned to seek an acquittal, or if guilty, that the minimum possible sentence is imposed by the court. As part of his meticulous preparation to present his client’s case, he will hand-pick specialist Counsel to provide the most formidable defence available.

Member of The Law Society

Member of the Interlaw Diversity Forum

Member of the Asian Lawyers Association

Member of the Black Solicitors Network

Edit: We are proud to announce that Michael Herford has been made a finalist for a UK Diversity Legal Award. (September 2021) 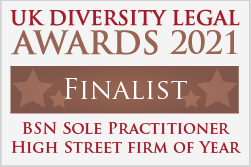 National Crime Agency v R & Others: Operation Venetic: One of the world’s largest ever police operations that resulted in the legal ‘hack-ing’ of the military grade encrypted ‘EncroChat’ network allegedly used by the world's biggest organised crime networks. Instructed on an alleged international class A drugs conspiracy involving networks in Bolivia, Belgium and the United Kingdom. Ongoing.

National Crime Agency v A: Operation Subtlety: Investigated by the Federal Bureau of Investigations in the United States of America and the National Crime Agency in the United Kingdom. Prosecuted by the International Justice and Organised Crime Division of the Crown Prosecution Service concerning the alleged hacking and blackmail of Apple Inc. by a member of the “Turkish Crime Family” regarding the compromise of 319,000,000 iCloud accounts. Widely reported in the international press. Suspended sentence achieved after comprehensive mitigation submitted to the court.

R v B & Others: Operation Trent: Advising our client in a covert investigation by East Midlands Special Operations Unit (EMSOU) into Leicester based Organised Crime Gang (OCG) involved in sourcing, distribution, the sale of controlled Class A drugs namely heroin and crack cocaine in Leicestershire, and the enforcement of the national supply lines using weapons such as knives and a firearm. The investi-gation involves Surveillance, Imagery and CCTV, Search, Seizure and Arrests, ANPR, Telecoms, (Call Data, Attribution, CDRs), Forensics and Expert Evidence. Ongoing.