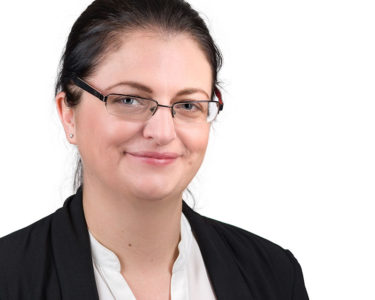 Kelly is a Senior Crown Court Caseworker within the Southwest area. Jointly supervising a Team of Caseworkers, Kelly not only manages her own caseload, but also assista others in order to pass on her experience in litigating cases to a high standard.

Having worked within the field of criminal defence since 1997, Kelly has built up a wealth of experience working on Crown Court cases before ultimately attaining her Police Station accreditation in 2006.  She now regularly represents clients upon arrest and in voluntary interviews with the police for a whole host of offences ranging from a simple theft right up to murder.

Her strength lies in her ability to strike up an immediate rapport with her clients, both in the police station and through the work she does for those appearing before the Crown Court, where clients value her dedication and her tireless efforts to secure the best possible outcome for them.

R v A and Others – Perjury 200/8
This was a VHCC which followed the murder of Lynette White investigation into the Cardiff Three, being wrongly convicted. Kelly represented Mr A who was one of the four witnesses which helped convict the Cardiff Three. After a number of psychiatric and psychological assessment of Mr A, he was deemed unfit to stand trial due to his suggestibility and the Crown offered no evidence in relation to him.

R v D, Bristol, 2017 - Defendant charged with attempted murder after stabbing alleged victim 8 times to chest and back, including one blow which penetrated the heart. Client found not guilty after 2-week trial.

R v S, Swindon, 2018 - Defendant extradited from Spain and eventually tried on 31 counts of rape and serious other sexual offences involving 5 complainants. Client acquitted of all charges after 3-week trial.

R v G 2019 - Defendant who pleaded guilty to the murder of his 17-year-old girl-friend, for which he was sentenced to a minimum term of 12 and a half years. The case was the subject of substantial press interest due to its nature and seriousness, as well as a very public campaign to have the sentence referred to the Court of Appeal as unduly lenient. In the event the Attorney General accepted that in all the circumstances of the case, including the mitigation advanced on behalf of the defendant, it could not properly be argued that the sentence was too low.

R v B 2019 - Defendant who had met with an undercover police officer whom he believed to be a hitman and arranged to be provided with a ‘murder kit’ so he could kill and dismember his ex-fiancée who was living in Prague. Their discussions were recorded. The Crown originally indicted him with conspiracy to murder but had to withdraw that count when it was argued that his only co-conspirator, the undercover officer, could not have had the requisite intent, and as such there was no conspiracy in law. They then indicted him with attempting to possess a firearm and ammunition with intent to endanger life, but those charges were subject of a successful dismissal application on the basis one could not attempt, in this country, to commit offences outside the jurisdiction unless certain statutory exceptions applied. Having failed for the second time to proceed to trial the Crown sought the advice of the Attorney General, who eventually authorised a count of encouraging the commission of an offence, namely the aiding and abetting of a murder, contrary to s.44 of the Serious Crime Act. After pleading guilty to this on the 3rd day of his trial, the defendant, who had received an extended sentence previously for stalking an ex-partner, was sentenced to 7 years and 8 months’ custody.