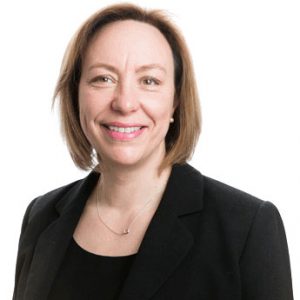 Kate Macnab is a prominent, well respected, Senior Solicitor who has many years’ experience defending clients, having qualified in 1996 and practiced in the Oxfordshire Buckinghamshire Berkshire area throughout that time.  She has assisted and represented a multitude of clients, both privately funded and legally aided.  Her practice allows her to attend the police stations where she is able to reassure and protect clients during the daunting prospect of their detention, and to represent clients at the Magistrates Court and various other tribunals.

Kate is considered by her clients and professional colleagues to be one of the most effective Solicitor-Advocates in Oxfordshire; confident, well prepared and persuasive in Court.  She has a gentle, calm and reassuring relationship with her clients, but this can be very different to the persistence she exhibits in Court on their behalf.  She is often recommended by Magistrates and Police.  She provides clear advice communicating in plain English.  She adopts persistence in identifying any deficiencies in the prosecution case which can legitimately allow her to pursue a defence on behalf of her clients.

In accordance with the Solicitors’ Regulatory Transparency Rules for motoring offences we confirm that Kate Macnab charges Level A hourly rates.

Instructed by a client for Fare Evasion who was well known on TV and media and involved with her own Charity.  Proceedings brought by TFL.  Taking comprehensive details of the effect on her if convicted or a caution were administered.  Making representations to the prosecuting authority and reaching an unusual agreement to settle matter out of Court by taking the case away from criminality and considering remorse and apology.  Client greatly relieved at the outcome.

Representing a youth client where the Chief Constable of Hampshire had applied for a “Gang Injunction” against the defendant and ten of his friends.  Exploring and presenting legal argument to establish the Injunction was not necessary with careful analysis of the meaning of “Gang” culture.

Assisting and a youth at the Police Station who, over a short period of time had lost her way and become involved in chaotic drug use. Advising carefully and liaising closely with the investigating officers.  The delay in decision making worked to the client’s advantage.  We were able to demonstrates a substantial change in her lifestyle and behaviour and persuaded the Police to divert and offer a caution for the possession with intent to supply in relation to Class A Drugs. Effective care and communication with the client and her immediate family was an important aspect in dealing with the Investigation.

Representation and negotiations in relation to a local authority’s decision to endorse penalty points on a taxi driver’s licence to ensure the endorsement is appropriate and the client’s denial is retained on file to protect from further application to revoke.

A successful trial in relation to a charge of Threatening Behaviour with evidence given by a Police Officer against a client who had difficulties with his communication skills. The officer conceded his recollection of events may not have been accurate and the Court accepted there was no evidence to substantiate the threats – client acquitted.

Representing a client for a domestic violence case which was not supported by the complainant. The prosecution pursued the court by trying to rely on an emergency 999 call that had been recorded and Body Worn Video evidence under the Doctrine of Res Gestae. Following detailed legal argument, they were unsuccessful, and the defendant was acquitted.

Litigating a case where the defendant with no previous convictions or experience of dealing with Police or Court procedure was charged with theft from her employer.  A horrifying ordeal with the client and her family.  Identifying a top-quality barrister to represent the client at the Crown Court and working closely with the client and Counsel to ensure documents were scrutinised and clear detailed instructions were and followed accurately which led to an acquittal.  Assisting the client following trial with aftercare and ancillary matters concerning her appeal against the NHS authority and their decision to suspend her registration to practice following acquittal.

Representing a client in the Magistrates Court and presenting an Exceptional Hardship Argument relying on the fact that the client’s work commitments would mean that he was likely to lose his job and affect the support and case for his children. Well prepared, documents and detailed mitigation presented to the Magistrates meant they were persuaded to allow him to retain his licence despite an endorsement of 15 penalty points.