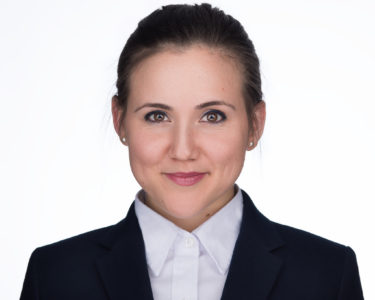 Dana is a Barrister in the Oxford branch of our integrated chambers. Dana regularly appears before the courts representing our clients in the Crown Court, Magistrates’ Court and Youth Court.

Having worked as a paralegal in two jurisdictions and two languages (Romanian and English), Dana is versatile and adaptable. She achieved two BA degrees (International Relations and Law, respectively) and following her graduation from Law School and having passed the Legal Advisers’ exam, she received her qualification as a Junior Legal Adviser in Romania. Dana also has an MA in European Studies in Romania.

In order to qualify as a barrister in the UK, Dana followed the traditional route of completing the Graduate Diploma in Law conversion course at Oxford Brookes University in 2018. In addition to this, she was awarded a scholarship from the Honourable Society of the Inner Temple in 2019. Following this, Dana successfully completed the Bar Professional Training Course at BPP University in London in 2020.

Dana is an individual who is highly motivated, organised and determined. She is also fluent in Spanish, competent in Ukrainian and conversant in French and German.

The Honourable Society of the Inner Temple