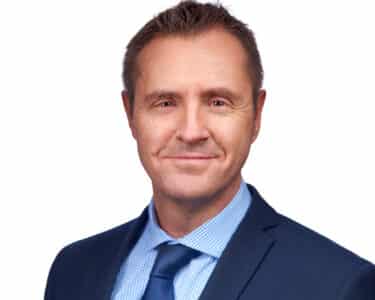 Chris is a solicitor, and the Team Leader of the Magistrates Courts team at our busy office in Cardiff.  Chris joined Reeds having previously been a Partner at CJCH solicitors where he again had overall responsibility for the department.

His years of experience mean that Chris now manages a large and varied caseload, and routinely personally undertakes the teams more complex cases; whilst using his experience and judgement to allocate work to his team so as to best utilise their own skills and approaches to the issues in clients’ cases.  Chris is not only adept and confident in dealing with cases within the Magistrates Court; but regularly appears in the Youth Court where he uses his knowledge and clear communication skills to help young and vulnerable clients facing criminal charges.

It is unsurprising that Chris has a natural rapport with clients, with whom he takes pride in building and maintaining long standing professional relationships with, based on his approachable and down to earth attitude, underpinned by the trust and confidence that his clients have in him.  His sound judgement enables him to quickly assess the most advantageous tactical approach to each case so as to maximise the likelihood of a favourable outcome for each and every client.

In accordance with the Solicitors’ Regulatory Transparency Rules for motoring offences we confirm that Christopher Lacey charges Level A hourly rates.

Chris had conduct from the police station as duty solicitor, and throughout, of the representation of a Special Organised Crime Agency officer investigated and later charged, with rape. Post charge, Chris was able to persuade the Court to make an “anonymity order” ensuring that unusually, his client should remain unnamed in the media and anonymous throughout the proceedings. The case was ultimately dismissed at the Crown Court.

Chris represented a private-school teacher accused of assault ABH within a domestic context, as well as criminal damage and dangerous driving; a case which attracted notable media attention. The client was subsequently further charged with witness intimidation following a further alleged incident the day before the original trial was due to commence, and acquitted after trial on all charges.

Chris represented a young vulnerable mother at the Police Station, accused of overlaying her infant child whilst intoxicated, resulting in the tragic death of her child. This case involved delicate and sympathetic representation of the young mother who was obviously distraught whilst detained at the police station. No charges were brought.