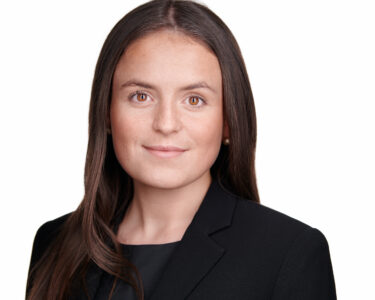 Atalanta is a caseworker based at our Oxford Office.

She assists our Partner and Head of Complex Crime, Julian Richards. Her role involves evidence analysis, briefing counsel, drafting instructions for expert witnesses and attending court or prison where needed. Atalanta currently contributes to a diverse caseload, ranging from drugs, money laundering and firearms conspiracies, to murder or cryptocurrency theft.

Atalanta graduated top of her class at university, obtaining a first-class honours degree in Law. Whilst studying, she volunteered as a legal advisor at her university’s pro bono clinic. There she worked on a variety of civil matters, assisting those who could not afford to pay for representation.

Atalanta also received a University Scholarship and is both an Inner Temple exhibition and PASS scholar.

Atalanta will soon be starting her Bar training course at the Inns of Court College of Advocacy.

R v S and others – Encrochat conspiracy to murder before Birmingham Crown Court.

R v G and others – multi-handed drugs conspiracy before Lewes Crown Court involving the alleged exportation of Class A drugs.

R v H and others – multi-handed Encrochat drugs conspiracy involving the seizure of 1 tonne of cocaine before Guildford Crown Court.