Convicted in your absence – Statutory Declarations

I was in our local Magistrates court the other day when I was approached by a young man and his mother. He had been convicted of using a mobile phone whilst driving. He was a probationary driver, and as the offence carries obligatory endorsement of 6 penalty points, his licence had been revoked and he now had to take both tests again. He had not known about the proceedings, however, and had been convicted and sentenced in his absence. He had attended the court to make a statutory declaration to that effect. He did not have a solicitor as he could not afford one.

This should be a simple process whereby the court hears evidence under oath that you did not know about the proceedings. The conviction should then have been set aside to enable the proceedings to start afresh. In this case, the District Judge had apparently listened to the young man’s account without hearing from him under oath, and then refused to set aside the conviction. He and his mother were very upset about this.

I have sat in court when Magistrates and legal advisers cross-examine those giving statutory declarations. They do sometimes do this in order to determine whether they are telling the truth or are spinning a complex web of lies. This is not correct, and I have, on occasion,  intervened  when I have seen unrepresented members of the public being dealt with inappropriately.

What tends to happen, is that one day you are enjoying your Weetabix when you receive an unpleasant looking letter notifying you that you have been convicted of a speeding offence; received several penalties points on your licence, a financial penalty and an award of costs against you. After cleaning up your spluttered breakfast you compose yourself and try to find out what to do. This is the first you have heard of it, and understandably it ruins your week. You call the court (when you finally get through, after the umpteenth time) who invite you to attend and provide what’s called a Statutory Declaration. You attend your local court which is now unhappily fifty miles away and you swear on oath that you did not know about the proceedings and the conviction is then automatically set aside. The matter is reopened for you to enter a guilty or not-guilty plea.

You do not need to attend a court to make a Statutory Declaration. There is a form that can be downloaded, completed and sworn before a Solicitor or Commissioner for Oaths, and you can find it here:

This form should then be delivered to the court and as long as you do so within 21 days from the date that you found out about the case, the summons and all subsequent proceedings are void.

The alternative is to make the Statutory Declaration in court, as our young man tried to do. I was not in court and therefore cannot attest to what did or did not happen. What should not happen, however, is that the court enquire into the truth of the declaration. The process is set out in s.14 of the Magistrates Court Act 1980 and in Rule 24.17 of the Criminal Procedure Rules.

This is clearly set out on the form, which states:

“The person who hears the declaration need not enquire into the truth of it. That person’s function is limited to hearing the declaration and certifying that he or she has done so by signing it. If the declaration turns out to be untrue, the defendant making it may be punished for perjury”.

If you were to give evidence at a subsequent trial of the matter that you had, in fact, had knowledge of the proceedings, then the Road Traffic Offence would likely become the least of your worries.

If you discover that you have been convicted of a road traffic offence in your defence, we can arrange for you to swear a statutory declaration and serve it on the court. Should you then need further assistance, we would be more than happy to help. You can contact us at info@reeds.co.uk

Stuart Matthews is a Senior Solicitor and Director of the firm 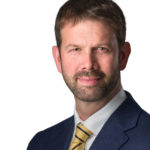